"Goodbyes!" The End of Influenza With Something as Simple as Soap 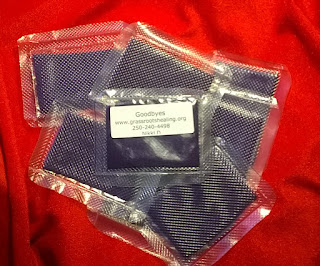 If we explore history back into Babylonian times we can find the use of soap. Soap has been around at least 6000 years. Way back then, forms of soap were used to clean the intestinal tract of sludge and pesticides that were interfering with gut function, by ingesting a spoonful or using it as an enema. Soap has been used to bless the outer skin as well as clean it. Unfortunately most present day skin care products have toxic additives and preservatives in them that are immediately absorbed through the skin causing various types of stress to the body.

The skin is our largest organ. It protects us, and gives visible emotional feedback of what’s going on inside us, like an instrument panel. Soap is a Gans state of protein. This makes it a miraculous cleaning agent that can be enhanced for specific purposes.

Realizing its importance, governments used to control its manufacture and anyone who was caught making it secretly was severely taxed. European factories corralled the soap making money but soon factories showed up in France, then Italy and soon Britain got into this money-making game. Cottage industries were forbidden.

Why is Soap so Valuable?
If you add more Gans to a present state of Gans, in this case soap, you increase its strength exponentially. The Ghana Atomic Energy Commission (GAEC) simple soap formula, made earlier this year, was stronger than any salmonella typhi, escherichia coli (E-coli), or staphylococcus aureus that might be found in a person. Plasma does its balancing act because plasma is only interested in life so it draws any harmful energies from protein-based life forms and puts them someplace else. These viruses are virtually de-structured as their energy is moved elsewhere. The harmful energy of any bacteria, virus, parasite or alien critter that has an amino acid base (protein) will disappear in the presence of a stronger plasmatic field. Learn to comprehend the living presence of this new plasma information.

We are used to trying to kill things that get in our way without realizing the magnitude of what is truly available to us. This plasma soap is not destroying any critters. It is depleting the energy of them. What remains in their place is pure amino acid that can be used by the body as restructuring, nourishing fuel. Comprehending this soap process gives you a clear appreciation of Gans and the field transfer ability of plasma. This energy transfer is significant. Recognize this energy movement.

During the winter cleanup campaign at Fukushima where gans products were being used to render the radiation ineffective, it was noticed that none of the workers were getting sick from influenza during the intense cold weather. This was the first time in recent history where the power of CO2 gans plasma water was obvious.

So the secret in making soap that is going to support life in whatever recipe you use, is to replace the water in the recipe with CO2 Gans water and maybe some other Ganses of your choosing and include an animal fat along with your choice of plant oils. A wild animal fat would be superior. If the soap doesn’t do the job you want, just add more CO2 Gans.

In the GAEC microbiology lab the first time they did testing with 10%, 30% and 50% concentrations they were astonished to find complete dissolution of salmonella typhi, escherichia coli (E-coli), or staphylococcus aureus within 15 minutes. Since this time (June 2016) they have done further scientific studies. The African scientists have developed products and are manufacturing and selling them in Africa as we speak.

I suggest you make some CO2 Gans so you can make a soap formula with an animal fat and keep away any bacteria, viruses, parasites or aliens that might try to live in your body or your family’s bodies. I call them Goodbyes. This can be the end of influenza on our planet. All you have to do is follow these basic instructions so that you can then make a small patch and keep it in your pocket all the time. Make some for your grandchildren’s parents so they keep them in their children’s pockets and/or under their pillow. No more do you have to get sick from snotty nosed grandchildren. There is also no need for them to be sick from bacteria, viruses, parasites or alien life forms any longer. Take action, the future can be different. Many blessings to you.

PS. I have given away hundreds and hundreds of these 2x3 inch patches. Those that do use them over the months let me know that many irritations they had almost become used to as normal were no longer bothering them.