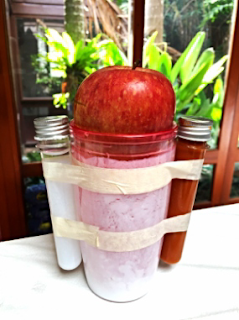 The first 1 hour and 45 minutes of the 155th Knowledge Seekers Workshop is a disturbingly accurate explanation unraveling the second largest pedophilia ring on this planet. Mr. Keshe gave the history of his introduction to child trafficking when he was involved with high level UK security forces while he was an international businessman. It is a very factual presentation lacking in judgement, but with incredible passion. He asks us to take recordings of it, in whole or part and give it to police in our local areas where we suspect trafficking so that all facets of it can be brought to justice. There are many indigenous children that have just disappeared in Canada.

He taught us how children and their parents were hypnotized so that they did not recognize what was happening to them. He demonstrated how the traffickers hide behind their children in families so they are not suspected. He talked a lot about the foot fetish symbolism on their web site. They are rewriting it to change it but the archives are telling their story. Basically they are composing their own story revealing their guilt. Their site has references to penetration as they hang up used condoms, representing the children they are using.  They even have the names of their subjects on them. Condoms prevent their DNA from being traced to them. Mr. Keshe asked for them to give us the name of some of the children that had been killed so their parents could finally rest.

Four children taken from the UK to Antwerp died last year. He also talked about how they kill scientists, making it look like a natural death or a suicide so they can steal their patents and make money from them. Pedophiles have been causing problems for the KF for many years. Mr. Keshe honored Interpol, CIA, Russian Intelligence, Ghana officials and high level Italian Security agents for sharing their knowledge with the Keshe Foundation.
The child traffickers are having extensive advertising at the moment, so their R&D is obvious. They are asking for a full body picture of your six year old child so that you can receive free cinema tickets. Step into this trap and you and your children become hypnotized unsuspectedly into a pedophile ring. Child trafficking is centered in Belgium. It is interesting also that their major house in Antwerp, Belgium is less than 100 meters from the ocean, making it easy to get rid of bodies.

KF has been their target for quite a few years as they tried to recruit us, but the foundation has been actively monitoring their whereabouts and what they are doing and supplying that documentation to international agencies. Keshe wants them stopped before they get out into space and start looking for other populations on other planets to steal their kids. Since the arrest and sentencing of Alan Sterling there have been 4000 pedophiliacs legally charged for their crimes. 4000 of them. If they just raped one child each a year that is 4000 children a year. That is 4000 too many. They must be stopped.

Safe Soaps made by several people starting at 2 hour, 21 minutes.