The Science of Synchronicity 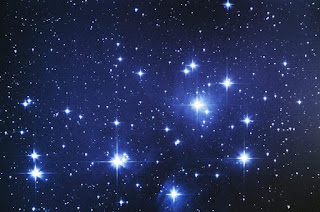 Before you decided to come to earth, you were living in God energy (multidimensionality) and you knew you would be moving into a limited linear environment and subscribing to the mission to bring conscious, benevolent communication to this planet. You were aware that human beings didn’t contain this energy naturally within themselves and would have to choose it, to anchor it on this planet. You have been living in an environment where all you had to do was communicate your desires and they immediately manifested. No problem you thought. Sounds like fun!

Birthing on earth means that not all of you will be able to fit in your tiny, baby body. Parts of you are going to have to stay behind where all this easiness is, to give you directions. Great. I’ll always know what to do, won’t I!

Some of us started to do this before we had built our galaxy and helped it form, and watched earth grow from its molten mass into its beauty. This took a long time as we envisioned and started out with two suns, which made it easier to develop photosynthesis to stabilize energy. We managed to destroy ourselves 4 or 5 times by various means during this process.

Plants and animals became part of earth’s population thanks to photosynthesis. A variety of “humans” was developed and were encouraged to become one particular kind of human being that would accommodate the DNA the Star Mothers had ready to place in them to further this grand experiment. More information on this in the Lemurian Codes explanation.

So, you are finally ready to incarnate on earth. Parts of you are going to be on earth desiring to communicate with those missing parts of you that wouldn’t fit down here and are left on the other side of the “veil”.  You are not allowed to fully see “the other side’ because you are here to learn to choose goodness. In order to connect with those missing parts of you, you bring your chariot, your merkaba, which is directly connected to multidimensionality and is a safe place for your guides and angels. They are here to show you the way back home, and you must learn to ask. They are not bossy. Asking is necessary.

Your helpers are from the multidimensional God area and are happy to show you the way to consciousness.  Consciousness has to be learned and experienced. It is not intuitive, unless you have developed your intuition. Earth is a conscious school.

Effectively use your guides by getting clear on what you are looking for. This is not really a goal. This is a direction you are going in for the highest good of yourself and your very large family; humanity. Your guides can contact the parts of the people on the other side of the veil. You have a lot of help because everyone that is on earth has parts of themselves that are in multidimensionality and can see the big picture and guide humanity toward benevolence.

There may be a lot of things that have to get rearranged to make this goodness happen but we are learning to trust the direction we are headed in, to show us the next people or next situation that can be experienced to make it happen. It may not always happen in the order or look like we think it should, as we are not used to change. We like to see where we are going (a goal) and not have it move or change. But change has to happen, light has to shine on all dark areas that have never seen the light of day, for goodness to happen.

This is like accessing a big soup pot of God energy where 7 billion parts of it are living in benevolence. If we pay attention to what the benevolence is saying to us and have patience while everything gets into position so that the highest good resounds with our desires we may obtain results that are more beneficial than our original request.

For example; we have a global financial system that has been around for thousands of years keeping humanity impoverished. There are rich guys, and the poor guys are left struggling for basic survival needs. Many people have been trying to rectify this situation by exposing its corruption, especially in the last few decades. Right now we have the Muslims, the Jews and the Christians at the negotiating table on this subject. Who would have thought these three could communicate with each other!

Another thing to be aware of is that on the other side of the veil there is no clock. Your concepts for life may require a lot of things and people to get lined up for them to actualize in this dimension. With all this extra energy involved you may create something way more beneficial than you originally thought. Synchronicity is a key.

Reference; Kryon openly explains how to read the signs coming from your higher self, Retrieved from https://all4truth.com/?q=node/96