Remembrance of Your First Embodiment? 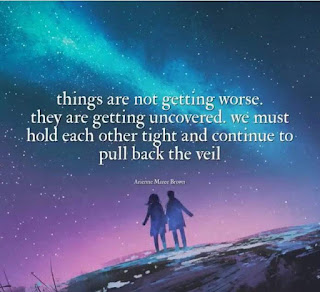 Are you ready to explore the greatest healing on Earth, the truth of who you are as a Divine Creator?

During the zenith of Earth’s 26,000 year cycle, Gaia has had a magnetical shift firmly anchoring goodness into her crystalline grid. You and I are not-used-to-seeing-goodness-around-us, unless we, ourselves, have arranged for it to be there. We now are confronted with massive change. Perhaps we are growing new eyes to easily recognize our new surroundings. This may be an energetic exploration. You and I are, in effect, humanity experiencing spiritual unfoldment, consciously dragging the goodness of compassion into full view for ourselves and everyone to see and experience.

HerStory
The origin of spiritual awareness and higher consciousness was delivered to the human experience on Earth by the Pleiadian Seven Sisters (our Star Mothers). They came to Earth in this grand experiment to establish a living Garden of Eden in Lemuria (now known as Hawaii) and began the consensual experiment for humanity to live as an awakened spiritual civilization. This opportunity was given in sacred trust to be nurtured and honored. The template was set in the remote Lemurian continent for the entire planet to one day exemplify spiritual consciousness.

Lemuria was chosen because it was an isolated mountain forming a small continent in the Pacific Ocean. It was volcanically active in those days as well as today, and back then was the tallest mountain on earth, reaching 33,000 feet. There was a tectonic bubble that pushed the mountain up. Lemuria was a perfect place for the Star Mothers to anchor their education in consciousness without interference from other cultures. The Seeking Balance Wheel was the structure they used.

The Star Mothers directed the human genetic code and activated it to create the shift from a merely physical human, with the survival systems of the physical body; to exemplify higher consciousness as a spiritually aware human. The genome was programed to be active or lie dormant for however long this might take.  Human DNA was a friendly environment for this grand experiment and had been used on other planets with obvious success. After the genetic code was opened, changes and adjustments made, and the guidance system installed, humans now had a vehicle (merkaba) for the soul’s evolution that hadn’t been available before.

During the original genetic encoding, each of the Pleiadian Star Mothers energetically took up residence along the human spine, where they placed the seven activation points. An energetic recreation of each Star Center continues to be imbedded in the crystalline grid of the human energy field. These points are concentrated along the spine at glandular, nerve and bony centers as place holders for specific vibrations. Each energy center builds on the previous one as the magic and mystery of spiritual awareness and expanded consciousness unfolds. Along this framework of spiritual consciousness, from its root upwards, is carried connections from its origins in the dirt of the Earth, to grounding in the benevolence of Gaia, to anchoring in the One Divine Source. Humanity sprang upwards from the earth, toward the sky like the Tree of Life, encoded with the potential to live as spiritual human beings.
In the New Energy

The Lemurian/Pleiadian experiment in awakened spiritual consciousness has been quietly waiting in the memory of humanity for eons. It is carried in the old soul’s Akashic Record, their internal crystalline grid and in their genetic code. Since the great shift of 12/21/2012, old souls have been resonating with the memories of past lives as realized beings, and searching to live as spiritually integrated humans once again. Now the key in the lock has turned and the miraculous journey of the human being with Divine Consciousness is ready to unfold!

The Lemurian Codes for Healing
The Lemurian Codes for Healing are the foundation of a system for reawakening the Original Encoded Star Activations given as a sacred gift to humanity by the Pleiadians so long ago. The Codes have been placed energetically in 11 cards, with images and words, and are programmed to connect the physical points on the body where the information of the Star Template is stored waiting to evoke an Akashic memory.

The information and images on the cards have been brought forth from the Akashic remembrance of Lemurian Priestess Mele’ha, Dr. Amber Wolf, and the visionary artist extraordinaire, Aurelian Pumayana Floret. From their own remembrances, these words and images appear together for the first time. The direction of Spirit brought together these two old souls, living in different cultures and countries, to be of service to humanity together. They have trusted the magic of synchronicity and Divine timing in this creation. It is their passion to assist in the reawakening of the Lemurian/Pleiadian consciousness of self-empowerment and the ability of spiritual humans to be self-balancing.
May you experience true alignment
and your sacred mission on Earth.