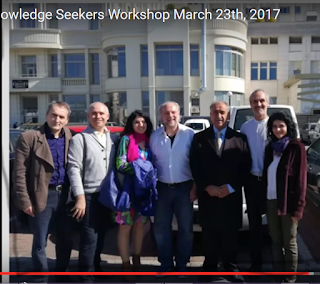 Keshe foundation has been directly working with Ghana and bringing plasma technology into the daily lives of Africans. Their scientists are being educated and are in a position of high respect. Plasma technology has become part of the structure of change in Africa. They are specializing in manufacturing, research and development and the spaceship project and demonstrating how governments can officially co-operate with the Keshe foundation, setting an example for future cooperation with other governments.

NASA scientists are finally joining KF research and development. The involvement of the African military is paving the way for national security to be prevalent in all the projects.

They are releasing to the general population bottled water that is specific to HBP and diabetes and costs are at the point where the population can afford to buy. FDA approval has been given.

(31::45) The Plasma Power Unit
Level one testing has started with 50 plasma power units being given to Ghana government officials and scientists for their feedback. Reports of savings are already coming in. A conditioning phase is NOT required so these quick results were expected. Because Kf has had prototypes running for several months now, these 50 should see savings up to 90%.

This week a small add-on “part” is being added to 6 units that should increase savings to 100%.  These units are in grid and all results will be gathered.

In April, after feedback and reports are gathered from those who have been given the test units, 900 SOLID STATE, OFF GRID Plasma Power Units will be sold in Ghana to the public. Ghana will not ship any of its products internationally.

Each country will have a national, government/foundation run factory.  We are looking at 600 factories over the next 2 to 3 years.  The Foundation will maintain 75% controlling interest in factories while the national governments will control 25% interest.  Each new foundation run factory will likely manufacture plasma bottled water and be FDA approved. Keshe foundation students are welcomed to apply for jobs at the government/Kf factories. Distributors will order from these national factories as they are set up.  Each national factory will sell power units WITH certifications attached. At present Italy and Arizona will sell internationally. Ghana will not be selling internationally.

The generator, now called the Plasma Power Unit is not rated.  Mr Keshe's words: "we are not releasing a power generator… we are releasing a plasma power unit"… "there is no limit… the energy is taken from the universe and is there to supply the demand..."  "we do not put limitation [on the unit]... you are not buying a 3 or 5 or 10 kilowatt system...it is the kilowatt your house requires... you are buying demand on load.."  "the power unit has to meet the demand..."  "there is no limit"

(45:20) Discussion of plasma measurement devices and discussion of meeting with scientists from Bucharest University in Romania.

(48:47) A further advancement of Einstein’s formula E=MC2
Energy has no limit and a new consideration is the speed of plasma. In space travel the plasma field has to have a point with comparative dimensions so it knows where it is going. This is the next stage of space travel.

(1:31) We are moving into a new cycle of understanding where we look at national debt in the US. The new police force forming has the job of elevating the soul so people can see their own mistakes.

More information can be found at 164th Knowledge Seekers Workshop of March 23, 2017 at https://www.youtube.com/watch?v=QDsWMfFV01s