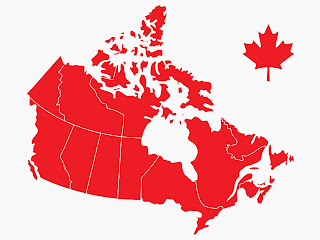 Last week a doctor working at a KKR hospital in Japan called to say that all so-called “C0vid-19” cases in Japan were located at KKR hospitals and that all the patients he saw were victims of an electromagnetic attack, not a virus.

The call has now been put out to hunt down and arrest all mRNA vaccine pushers, 5G promoters, etc. as war criminals. “The death penalty has been pronounced against all those promoting worldwide genocide and fraudulent vaxxine-based genetic engineering.  The heads of Pfizer and Astra Z are being hunted by Special Forces.  The same is true of international bankers using fraudulent high-frequency trading programs powered by supercomputers.”

The message pointed the finger of blame at the Vatican and the French BRI police unit.

Monsanto has been found guilty of chemical poisoning.  This is a foretaste of what is going to happen to the vaxxine companies.  https://www.blacklistednews.com/article/79425/monsanto-found-guilty-of-chemical-poisoning-in-landmark.html

We were contacted last week by Federal Reserve Board officials offering triple-digit returns in fiat dollars if we could get them access to some “dragon family money.” Of course, they were told to run.

That’s why the Vatican is now bankrupt. https://apnews.com/article/vatican-low-on-reserves-seeking-donations-90586d6c79d75d229c207dcddcfe2d9b

The money they produce is now only accepted in the United States, which is why the M1 money supply, which took 244 years to reach $4 trillion by early 2020, has now risen to over $20 trillion. https://www.activistpost.com/2021/03/brace-yourselves-for-the-most-dramatic-shift-in-the-standard-of-living-in-all-of-us-history.html

“The entire accounting system of the federal government is fraudulent.”  https://usawatchdog.com/financial-system-fake-la-la-land-dr-mark-skidmore/

Like Joe B/iden, Netanyahu exists only via mask-wearing deep-fake doubles and now as a digital CG ghost. https://www.debka.com/with-israels-election-9-days-off-new-faces-but-no-dark-horses/

We have confirmed from both the CIA and NSA that most of the leaders of this terrorist attack, including former Jesuit Secretary General Peter Hans Kolvenbach and Prime Minister Benyamin Netanyahu, were executed for their roles in the attack. Other perpetrators such as Baron Thyssen are being tried.

The military now needs to occupy the headquarters of Facebook, Google, Twitter, Microsoft, etc. as soon as possible and hunt down their executives to put an end to all the deep fakes and CGs we see on our ubiquitous screens.

Remember, the truth will set us free.