Emotion has a direct effect on the physical 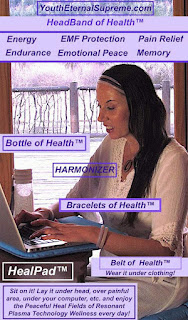 International criminal investigations have most of the picture of recent murders committed by the pedophile, scientist killing, patent stealing, computer wrecking intercontinental business partners. Their operations are becoming transparent as security officials uncover the infamous missing briefcase of compression technology. Even Fabio’s murder has been revealed by the Italian authorities. Throughout the years of this whole scenario, Mr. Keshe has been demonstrating that it pays to keep your friends close and your enemies even closer. The Keshe Foundation has been severely and ruthlessly attacked during this process of getting to the bottom of what is really going to make the world of scientists safe, by exposing all this nonsense. Let’s bring this case to a close.

In understanding the process of plasma spaceship fuel we see that lift and motion are the two parts that must be active at the same time. Interaction of the flow of energy in the cores and the interaction of the cores themselves is what fuels are made of. Choose matter state fields and stay close to the earth. Choose gaseous states and fly.

You can create a gravity field force in a specific position to build a house. This is useful in earthquake zones. Go back in the teachings. It takes time to build voltage current.

Humanity has put restrictions on his own understanding. Develop a field interaction with emotions. Create as you design. Connect to the emotion of Hydrogen. Produce hydrogen in the gans state. It is a transparent sky blue color. Hydrogen is the key to the motion of fields. It has a diamond structure.

Learn to control your lungs. You decide the flow of energy and decide the shape of the magnetical and gravitational fields. Emotion has a direct effect on the physical.  Man has learned not to trust his own instincts.  Mr. Keshe teaches us everything in the plasma field. It is up to our free will to decide what we want to focus on.

Carbon 13 can become calcium (bones) in the body. The hip sockets can be returned to normal but people need to stay off the hips while it is soft and developing. Often people think they are OK because the pain is gone but they need to wait to complete the healing process.

In Tepco reactors the uranium is becoming a fast breeder, meaning that the uranium is becoming plutonium and has reached a danger point. Tepco is angry with Mr. Keshe because he refuses to keep what they are doing secret and so they have cut themselves off from KF help. The IEA is aware that Tepco is hiding what it is doing and Keshe will only help them publicly now. Japan should be immediately sanctioned for allowing this to happen. As this continues the Ring of Fire waters of Hawaii and California are becoming highly reactive. KF has the technology to change plutonium back to uranium. When the plutonium does explode, all the surrounding uranium will become part of the plutonium explosion. It will become a big mess.