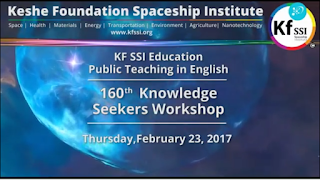 Find it at https://www.youtube.com/watch?v=udhUPxsg75M
Humanity is at the point of bringing standards into the structure of the plasma. What this means is that scientists at governmental and institutional levels start understanding the process and comprehending the changes this technology is bringing to the world. They have started putting the materials and conditions they produce into tests and are seeing the results very rapidly. Now, as is their job, they are asking, “What’s next”; we have to develop a standard for this”. So now we are working with governmental institutes. We have to bring standards into the structure of the plasma, and in the coming time they will be asking for help from us as we are familiar with it and see a variety of ways of using it.

We have gans, nano materials, and interaction of liquid plasma which has no traces of gans in it, but carries all the property of the gans material which it comes from. So now we have come to redefining the understanding of the technology.

We have to explain things in a new way which gradually filters down and all people will understand. Why does gans settle to the bottom? What happens to the water? In fact it is a filtering system. Just pour water through gans and it is clean. But gans is different than a solid strainer type filter in the filtering process it goes through. This has changed a lot of understanding for the scientists.

In the filtering process it goes through bacterial change as well as changing anything else which could be in the water. Now we are learning more and more about this filtering. Now we have to quantify it. They’ve added gold as an additional nanostructure and created liquid filtering in a non-solid state.

Legal registration is baffling the scientists. This is a massive movement. This has pushed us to the next level of using dry gans as a filter but now, can it be measured? So many mg of gans powder has such and such a strength! Has such and such properties.

Another thing we face with scientists is for the first time we have to explain the strength of our gans in a totally different way than we are used to. (I will be making a separate blog to cover this) We have to explain it as a three dimensional property matter which we have never done before. It becomes a three dimensional entity with such a gravitational strength, and with such a magnetical strength in such a position in the space of the plasma, that it displays the characteristics of hydrogen. At the same time we determine what other element is in the vicinity of the hydrogen that gives this representation.

In the present time we call it GPS positioning. But if you look at the aircraft industry they give you position, altitude, height: three dimensions so we know exactly where the aircraft is. This has become necessary to be adopted in the plasma technology. But if we look into the understanding of this, it allows us to understand the mapping of the universe; to map out the strength of galaxies, and positions within the solar system. This way we map out where we can meet in the solar system. (21:59)

In the next 6-12 months many new employment opportunities are coming with this standardization. The FDA and other legal affiliations are coming to Ghana to start working in the eight dimensions that Mr. Keshe understands so the properties of electrons and protons can be expanded and measured.

The maturing process is happening in Africa but it cannot be done there alone. Why does zinc create conversion of the cancer in 6 hours?  What’s the difference in the strength? Why does CO2 do it in 23 ½ hours? If you look carbon is 12. Zinc is around 60. Look at the conversion. If you reduce 5 hours which is around 300 minutes or 6 hours which is around 360 minutes, and then look at the carbon which is 24 hours (41:30) and divide by 60. The mass ratio between carbon and zinc is 5 times. The time ratio is about 4 times.

Additional blog to follow.. Much more detailed information can be found on 160th KSW February 23, 2017 at https://www.youtube.com/watch?v=udhUPxsg75M