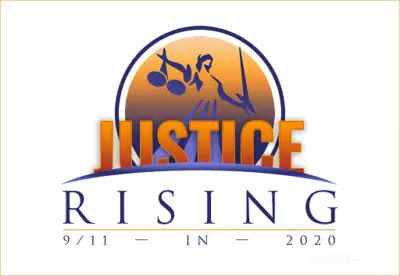 Don’t bother reading this unless you want access to the latest conspiracy theory facts!

1. Reuters reports that “Each year 800,000 children are reported missing in America.”

2. As Charlie Ward stated on 8-18-20, “Very simply, if you’re involved with pedophilia it comes with an automatic death sentence unless you cooperate with Trump. If you cooperate with Trump, you’ll get a minimum of a Life Sentence. You step out of line, it goes back to the Death Penalty. And he’s aware of every single one of them. And every single one of them will be arrested and they will be given the choice.”

3. 36:44: Charlie Ward: The Field Hospitals that were set-up in the guise for Covid-19 were actually centers to put the children into and had NOTHING to do with Covid-19…

1:00:29 Charlie Freak: When the Americans first arrived they went to New Zealand… when the Marines first arrived … and they brought the Army Corps of Engineers with them… and they went to New Zealand first… cuz what they have to do is show they’re bringing equipment… they’re giving tips and different things to help people being underground…First thing you need to inner-stand with all of this is they’re called “Deep” Underground Military Bases… deep underground… and it has a profound effect upon especially the brain… so you begin to see things… false/positives false/negatives… that are there and you begin to dismiss things that are there… so it’s very confusing down in these tunnels… they have to make sure they’re not shooting at one another…You can lose your bearings underground so quickly… so when the Americans went there and they were training the Aussies to be able to do this for themselves… they found a vast tunnel network that went almost around Australia… and then [The Marines] moved on… so the Aussies are doing this…What happened is, they went into Melbourne… they found another layer beneath this enormous tunnel system in Australia… they started in Sydney… they described it to us… think arachnid… it’s a web… and it was below… this one goes all the way… WOW… all they do is dig… BTW that’s why the dependency on oil and gas… because it’s a cover for them constantly being underground…So this second tunnel system goes all the way around in a ring around Australia with a big central line running towards Ayers Rock… from one night 9 p.m. to 6 or 7 a.m. there were explosions every 2 or 3 seconds that entire time… that’s why there were police out there… you can’t have people looking on… this is serious stuff having to take down these tunnels… and they’re deep deep deep underground… and the explosions are like earthquakes…

37:55 Charlie Ward cont.: It’s time to hibernate right now [Australia]… keep out of the way until this is done… they’re going through a very difficult phase and they’re not telling you what’s happening and that’s the problem… they’re not telling you so you’re panicking…You don’t need to panic… you need to remain calm… and know that things are going on behind the scenes… there’s a reason why you’re in lockdown… they don’t need people out and about right now they need people away from the scenes… while they’re doing something that’s incredibly dangerous… and incredibly challenging…

37:55 Jen McCarty: Yeah… those Deep Underground Military Bases, OMG… it’s no jokes… apparently under Melbourne there’s like layers beyond layers and then they go into spaghettis… it’s a tunnel system unlike any in the world, apparently…38:45 Charlie Ward: That’s correct.

5. 40:03 Charlie Ward: Riccardo Bossi has a Party called AustraliaOne. And he’s determined to rid Australia of all these things going on right now… he just needs the support of people now against what’s evil and what’s corrupt… Then the important time comes when we get people in there we choose to hold them to account… https://australiaoneparty.com

6. Kat Note: None of us have any idea of the horrors the First Responders, Marines, Army Corps of Engineers, Global Militaries, Nurses, Doctors, videographers and all the rest of the specialist personnel discover when they go into these tunnels—the Deep Underground Military Bases. Many of the children have mercifully already died. Many cannot make the journey from deep underground to the surface even with the ventilators that pump oxygen into the tunnels. Many children were born in these tunnels and have never seen the Sun. Many children are in a state that defy imagination. Think of the B&W photographs from WWII of the prisoners in Nazi concentration camps as they were being liberated, and you’ll begin to get an idea of what the First Responders are seeing.

2:34:46 Charlie: The child rescue operations have moved in earnest in Nevada… what was amazing is that everyone was thinking Las Vegas would be the horror show of horror shows… there was a horror show but it was Reno… underneath Reno they could not believe the tunnels underneath the ground... the DUMBs…

2:33:19 Colleen: The Military are going into these tunnels and rescuing THOUSANDS… and we’re talking THOUSANDS of children…

Architects & Engineers for 9/11 Truth is thrilled to present “Justice Rising,” an online conference on the continuing struggle for 9/11 justice and the destructive trajectory of the post-9/11 world.