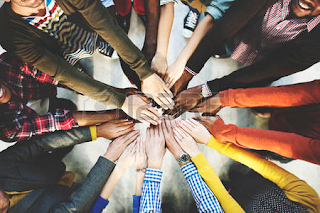 With the evolution of plasma science occurring internationally Keshe Foundation is finding it imperative to hold Science Conferences in plasma technology at least four times a year. The first one is to be held mid-October in Ghana.

The expansion of the plasma technology in North America has been spurred with Cary Ellis and Whitney Fisher traveling across the US and into Canada and back. Their first Canadian workshop was held in Coombs on Vancouver Island. It was an introduction and expansion of everyones plasma knowledge, followed by workshops that introduced nanocoating, followed by making gans, making pain pens, health patches and on to making coils for house and car power units.

It was exciting to notice that when people are gathered in the plasma energy it magnifies itself and the inner creativity of each person surges forth and together the plasma energy moves into new realities for each individual person and globally for plasma technology as well. This is the beauty of open source technology blessing the world. It is not secret. We don’t have to hide our creativity to keep it safe anymore. The grassroots plasma creativity is magnified within humanity. It gusts forth in plasma-minded groups. It is like watching and feeling adults play. There is such unity in these workshops. Humanity is bringing earth into balance so humanity may continue as a species. Many slides from Cary and Whitney’s tour are shown in the youtube below.

There is further teaching regarding using iron to produce a virgin state of hemoglobin during CO2 production, (at 1hr: 09 min) that fits any blood type and is amenable to the individual structure of man. If this energy is transferred into the soul of man it will change and elevate the soul. It will reach every cell in minutes and each cell will go back to neutral. This is the way that bacteria and microbes can be handled as they are amino acid based. Hemoglobin can be used as a natural antibiotic and pinpointed directly to infections. Using this tool will be changing the character of the medical profession. And there is more!